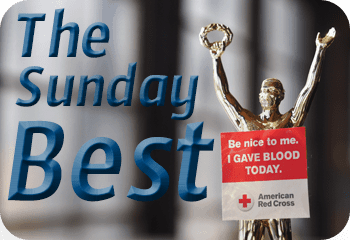 Fed up with MOC? So am I and so is Eric Larson, MD. Check out the articles he’s written on the topic and sign his petition to alter the bylaws of a large health system that requires its physicians to participate.

Giving is Good. Jason Connell learned this lesson from a mentor as a young man. Becoming A Giver. The Most Important Lesson in a Decade.

The Doctor in Debt would prefer that you not emulate him by going further in debt. 5 Reasons Millennial Physicians Should NOT Buy a Home Right Out of Residency.

In an oldie but goodie, The Retirement Manifesto digs deep into a reader’s finances in Can They Retire Early? A Real Case Study.

I’m naturally frugal and strive to be more minimalist, but I’ve felt the two concepts are at odds with one another. J.D. Roth, the Money Boss, noticed that, too, as he explains in The Difference Between Frugality and Minimalism.

In 10 days, we’ll be visiting majestic Iceland. You can get there this spring and summer for as little as $220 round trip. I’ve found Jeannie’s Life with a View a great site for both trip planning and stunning photography. Check out her 10 Amazing Day Trips From Reykjavik.

I’ve talked about our second home being one of our best investments. A lawyer who blogs at Othala Fehu shares the story of acquiring the family cabin, or as they call them in that part of the country, The Cottage.

Be Nice To Me. I Gave Blood Today.

When I was a resident, I took part in the blood drive in the hospital’s lobby. Later that day, I was in the OR, giving anesthesia for a lengthy ENT case.

The Coban wrapping was a little tight, and I was sure the little puncture wound in my antecubital fossa had healed enough for me to remove the bandage. I unwrapped the bandages, removed the tape and gauze, and set out to clean up the mess the phlebotomist had left.

There was plenty of betadine and bit of dried blood on my skin. I straightened out my arm, grabbed an alcohol swab, which I had conveniently located next to a pile of syringes, and starting rubbing away the evidence of my generosity.

This was a case in which the patient was turned 180° away from me, and the blue surgical drapes on my end were not clamped up but simply fell off where the patient’s feet and the OR table ended. In this arrangement, everything I was doing was in plain sight of the surgical team.

I hadn’t been paying much attention to them, but one of the medical students had started paying attention to me. She looked up, saw a pile of syringes, an anesthesia resident with his arm out straight rubbing his juicy veins with an alcohol swab.

She had alerted her attending, who was also intrigued or alarmed by what he saw, and he asked, “Hey… everything alright over there?” I looked up and they’re looking at my arm and the versed and fentanyl and I’ve got some explaining to do.

Fortunately, I was still wearing the “I Gave Blood Today” sticker, and I quickly explained how I wasn’t mainlining hard drugs, but simply cleaning up after a good deed, and we all had a good laugh.

My wife and I went to the Armory to donate blood on Thursday, and I grinned as I recalled the scene from a dozen years ago. I frowned when I finished and was unable to eat most of the tasty treats due to my self-imposed ban on sweets for the next month or so.

I Gave Bone Marrow, Too.

As a hungry / thirsty college student, I gave bone marrow for stem cell research. The researcher drove a wide bore needle into my pelvic bone (from the backside) and withdrew four or five 20 ml syringes worth. It took about 10 minutes and paid $50. The way I saw it, that was $300 / hour, and I did it six times for $300.

Now, I’m signed up to give it away for free. 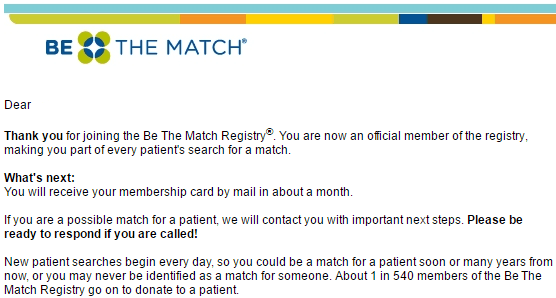 By joining the bone marrow registry, I’ve got a 1 in 540 chance of being someone’s cure. If you’re between the ages of 18 and 44, you can join for free. Don’t worry, nobody’s going to assault your bones when you sign up. A simple cheek swab is all they need.

Those aren’t the greatest odds. I’ve actually got a higher chance of dying within a year, but I’m happy to know that if my marrow is a match for a patient in need, they’ll find me in the registry.

Despite evidence to the contrary, I’m really not this generous, altruistic person. That would be my wife. She’s the one that encourages me to give blood, signed up for the bone marrow long before I did, and takes us down to the soup kitchen to serve meals. I wasn’t able to go (I had one of those 17-hour stretches at the hospital), but my wife and boys went back to feed the needy again the other day.

She’s a wonderful person, and I’m a better person by proxy.