A couple of my Recommended Financial Advisors were part of this roundtable discussion with Doc G and Paul Thompson on the What’s Up Next podcast. The Role of Financial Advice in pursuit of FI.

Staying with Doc G of DiverseFI, he considers how staring at his portfolio balance is a bit like staring at his figure in the mirror. But fatter is only better in the former context. Wealth Dysmorphic Disorder.

Only the wealthy will have to deal with that first-world “problem.” Being born into wealth can lead to financial issues, too. Zero from Walking to FIRE shares How “Growing Up Rich” Failed Me Financially. No, not the worst problem to have, but a good reminder for those of us raising children.

The Financial Samurai, a California resident, has an issue with taxes. Can you blame him? Three Favorite Ways To Earn Money And Pay Less Taxes.

Can you guess Sam’s three top options? If you guessed “real estate,” you got one! Passive Income MD recently highlighted 7 Great Tax Benefits of Investing in Real Estate.

With enough money and/or passive income, you can leave the ranks of the gainfully employed, and we’re seeing more and more physician take that option. The OB Doctor Mom explains The Reason Everyone is Retiring Early from Their Medical Career. [or so it seems]

Carl from 1500 Days retired two years ago in his early forties. It took him all of two years to find time to write this guest post for Montana Money Adventures. He explains the tardiness and what he’s been up to in The FIRE-y Life with Mr. 1500.

Dylin & Allison from Retire by 45 have been retired twice as long as Carl, and they’ve been having a grand time. 10 Cool Things We’ve Done Since Achieving FIRE (& 5 We’re Planning).

The White Coat Investor could probably afford to retire, but he’s still earning a very good living. He’s always been generous with his earnings, and he’s finally seen the light and opened up a DAF (after arguing against the idea). Our Donor Advised Fund with Vanguard Charitable.

How does the Super Bowl MVP celebrate his victory? By going to Disney World! How does the owner of the winning team… nevermind. Let’s not go there. Not long ago, I went to Disney World and I shared my top tips and perspectives on visiting The Mouse from different flavors of FIRE in Walt Disney World for the FIRE Crowd.

On Thursday, I shared an eye-opening guest post from a urologist earning a 7-figure income from clinical practice just five years out of residency. The 7-Figure Urologist: Origin Story. Just wait until you hear about his side hustles!

Our Saturday Selection from PIMD talks about side hustles and passive income in a very honest way. Five Things That Need to be Said About Passive Income.

I’ve been walking the streets at night. Just trying to get it right. It’s hard to see… where was I… sorry… sometimes Gn’R pops into my head when I look at what the market has done to our net worth.

You see, around Christmas time, the U.S. stock market was down nearly 20% and I commented on how little that affected my frame of mind, future, or anything else. I figured with just a little patience, we’d get right back to where we started from. And it’s alright and it’s coming along…

Back on December 30th, I wrote the following:

“Remember you haven’t actually lost money unless you are selling. Yes, your net worth is lower, but unless this time is different than the last 100+ years, the market will eventually recover. I don’t know if it will take three weeks, three months, or three years, but I have no doubt the most recent “top” this fall wasn’t actually “the top.”Meanwhile, I saw about 6 years of anticipated spending disappear from our balance sheet over the course of a few months, and on the day after Christmas, we got a whole year back and then some.”

So this is what our net worth looks like now, as tracked by Personal Capital.

Not only did we fully rebound, but we’re once again at an all time high. Cue the Rita Coolidge song — you know, the theme song from the 007 film with a surprisingly racy title. How did they get away with that, exactly?

We’re in the midst of a winter getaway — you know, to take a break from the cold and snow. I knew we might encounter some snow — after all, we made Flagstaff a part of the itinerary, but I did not expect Tucson to get a couple inches of snow, as it did the other day.

Nor did I expect Flagstaff to get 40 inches of snow, as it did over a day and a half. 36 inches fell on Thursday, breaking the all-time record for one day of snowfall in a place that is accustomed to heavy snow.

For those who live here, I apologize for bringing the wintry weather with me. It was not what we were hoping for or planning on. If you don’t believe me, ask my flip flops, which I packed in lieu of hiking boots that would have been much handier with all this white stuff around.

Speaking of hiking, we had a great hike up to the top of Camelback mountain in Phoenix. I represented with my Playing with FIRE tee shirt. 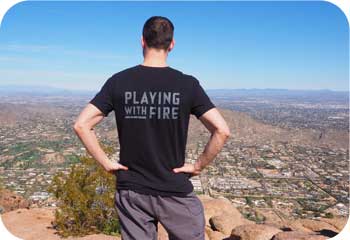 I enjoyed meeting up with a bevy of bloggers last Tuesday via the FinCon meetup and a flurry of physicians at the #SoMe Docs meetup in Phoenix, too. Thank you all for organizing these get-togethers!

I hope to see a few of you on Thursday in Tucson — there will be an informal happy hour gathering at 5 p.m. at Sentinel Peak Brewing. And if you happen to be in Flagstaff, hit me up — there appears to be a number of downtown breweries to explore.

The Arizona snow wasn’t what we had hoped for, but it does make for some breathtaking vistas, particularly in Sedona, where we stopped in for a bit yesterday. 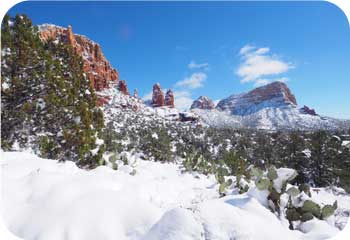 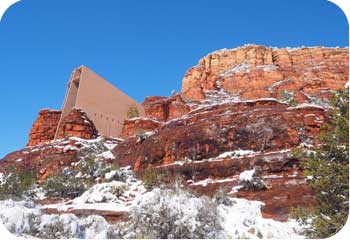 I know I plugged this last week, but it’s only 9 days away now, so I’m going to mention it again. This will be my first time participating in something like this, and I’m really looking forward to it.

Registration will set you back $29 or $49 and you can get 10% off with discount code POF. I’ll receive a referral fee and you’d be supporting our charitable mission. You can learn more here. 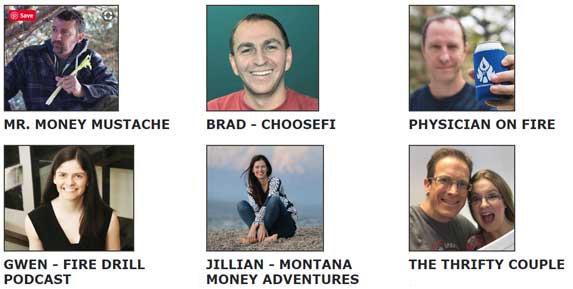