Early in 2019, we heard the origin story of a 7-figure urologist. In that post, he focused on his upbringing, his education, and the way he has structured his practice.

He returns with a detailed description of how he has benefited from a number of lucrative “side hustles” that have resulted from both his position as a physician and his ingenuity and willingness to take risks.

All combined, his side gig money adds up to more than the annual salary of most practicing physicians. If you feel that it’s more valuable to be a business or property owner than an employee of one, you would be correct.

While not all of these opportunities will be available to you, don’t write these ideas off as completely out of reach. It’s more about the mindset. Most income streams like these don’t fall into your lap; you have to create them. 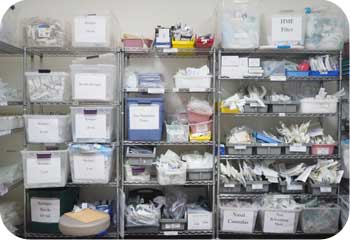 The Lucrative Side Hustles of a 7-Figure Urologist

I will mention several field-specific ventures but hopefully as physicians, it can inspire some outside the box thinking in your individual fields.

This venture taught me a lot about how physicians think about money. We have a joint venture between the hospital and staff at the surgery center. This is entirely attached to the hospital and a unique venture, especially for my rural hospital.

The hospital owns 21 shares and there are 19 shares available to the physicians. Share prices started at $55,000 when I finished residency and are currently selling for around $65,000. I started by buying one share right out of residency.

We have several physicians who have had a chance to buy shares and some choose not to. I am the president, and we currently have 1.25 shares available. My CEO kindly asked me not to purchase any more shares. Otherwise, I would definitely purchase them.

I made this investment when I was in my second year of residency. My hospital has a 20,000 square foot medical office building (MOB) that is attached and physician-owned.

Yes, I built my urology office as a resident. A daunting task at the time but with a little research worked out very well as I am still practicing in my office and I wouldn’t change a thing.

The building is set up as an LLC. Ownership is based on how much of the space you lease compared to the available space. The hospital leases about 60% of the space with no ownership interest. The initial investment was $65,000 which I paid off over 7 years again with a 100% financing option.

The dividends on this investment average about $7,500 per quarter. The building will be paid off in about 9 years. When the building is paid off, the net dividends will nearly triple as there will no longer be a mortgage payment.

I also built my wife’s dental office in the same building. This gives us about 15% ownership in the building. The building value when fully occupied and with ten-year leases in place has a value of about $9 million.

Side note, my accountant at the time of building the suite during my residency advised me not to do the deal. He claimed I would make all my money practicing medicine.

I went ahead with the deal and fired the accountant.

I knew that Urologists usually owned their own lithotripter and I wanted to find the best deal out there. Lithotripsy is actually a fascinating legal case study. It was well fought to keep it from being a designated health service under Stark and anti-kickback laws.

I started out with the intention just to buy my own machine and just rent it to the hospital where I practiced. Seemed easy, but the initial investment is about $650,000 and a bit daunting in setup.

In my exploration, I took several reps out to dinner to start to get the lay of the land. Several reps mentioned one company that was opposite of the normal Ponzi schemes I was used to reading about. This group retained 20% ownership and gave the rest to the physician owners.

As a chief resident, I was able to organize a new lithotripsy group with 6 other docs. Our initial investment was $23,000 each. Our average dividend over the life of the venture, now about 6 years is $6,700 per month.

We are now at 11 docs and share prices are around $100,000 to buy in. We just added a second set of equipment. There are about 60 of these partnerships around the country and mine is the only that I’m aware of to be formed by a chief resident.

I knew early on in my career that I perceived great success from being busy as a physician. My job did keep me busy for the first year, but then I felt I could branch out.

Urology is very limited by the amount of docs finishing residency each year, so there is tremendous demand. I practice about 25 minutes from where I live and the local hospital has been very pesky in asking me to cover for them.

The CEO of the hospital is my neighbor and he gave me tremendous amount of grief as to why I wasn’t involved in caring for the community in which I lived. I ended up caving for weekend call coverage.

I also have started a practice in another small town 25 minutes from home. This job is shared with another urologist. We cover every other Friday and call for the month. This position pays $350 per hour and $500 per month for call pay.

My advanced practice registered nurse is also involved here and makes $100 per hour. This venture nets me $12,000 to $15,000 per month. I see this growing in the near future as I am hiring additional advanced practice providers. This is also where my private practice still exists and has several tax advantages such as cash balance and profit sharing plans.

[PoF: I want to thank today’s guest author for his willingness to share the many ways he has found to supplement his physician income. As hospital and corporate medicine employment becomes a more common practice model for physicians, there are fewer physicians flexing their entrepreneurial muscles. As the urologist shows us, ample opportunity still remains.]

What are your medical side hustles? Are you earning passive income from prior investments in a surgery center, medical office building, or medical equipment?