Let’s give Jeremy, our friend from Go Curry Cracker, a warm welcome to the stage. In this latest rendition of the Christopher Guest Post, I’m happy to present one of the first FIRE bloggers I found several years ago when my eyes were opened to this amazing thing called financial independence.’

I was drawn to his site not only because he retired young from a high-income career, but also for the fact that he travels more or less non-stop. He and Winnie have a toddler that has visited more countries in three years than I have in my nearly 43 years.

If you haven’t visited his site, you may have come across their family in one of the many media outlets that have featured their unique story.

He’s got lots of great posts on the site, and some will be highlighted below. He’s also got a fledgling forum with nearly 100 topics being discussed, which is sure to grow.

Fun fact: We both grew up in southern Minnesota and graduated from high school a year or two apart. I found my way back to the state for now, and he visits the homeland on occasion, but we have yet to cross paths in person. 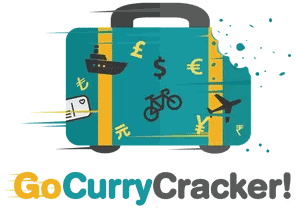 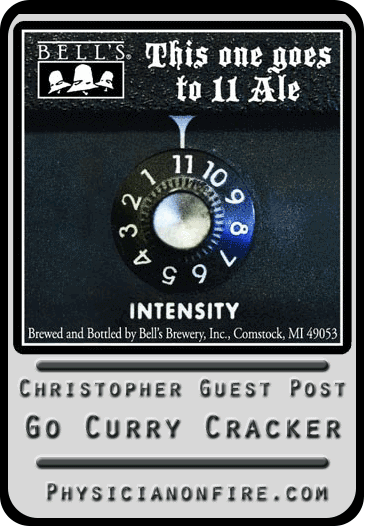 What in the world is a Christopher Guest Post?

Inspired by Nigel Tufnel, the character portrayed by Christopher Guest in Spinal Tap, I took Mr. 1500’s ten questions, and amped them up to eleven.

If you’re not familiar with the scene, take 50 seconds to watch this video and enjoy the dialog between Nigel and Rob Reiner.

I decided I’d start a Q&A of my own. Not satisfied with just ten questions, “this one goes to eleven”. Just like Nigel’s amplifiers.

What do you do (or did you do) for a living? What do you like best about your job? If you were a physician, what type of a physician do you think you would be? Why?

Once upon a time, I designed disposable consumer electronics for a respectable software company. You’ve probably consumed and disposed of several of my gadgets over the years.

Work was great – I flew business class all over the world, spent 100s of millions of dollars of other peoples money, and commanded a global workforce. It was full of prestige and adrenaline and long hours.

I don’t do that any longer because I like doing other things even more. We are now living happily ever after.

If I were a physician, I would be the retired kind.

[PoF: That was sly, but we’ll allow it. I’ll give you the international medicine designation, given your propensity for travel.

Since I typically pay my own way or use points to fly our family of four around, I don’t often experience business class. I’ve been moved up as a kid traveling without an adult, and as an adult after responding to in-flight medical emergencies. It’s pretty cushy up there!]

Describe your blog and tell us why your blog would appeal to a physician seeking FIRE in eleven sentences.

Go Curry Cracker is a love story about early retirement and world travel. We think unconventionally in order to live an unconventional life.

Most of the physicians I know don’t enjoy paying taxes. We routinely earn six figures and pay zero income tax. It’s all part of my plan to Never Pay Taxes Again.

Some of the physicians I know love living large. Me too! (I know, right!?) That’s why we rent housing with private pools, fly business class, and nosh on Michelin starred snacks. We just do it for less than the cost of a crappy studio apartment in SF. 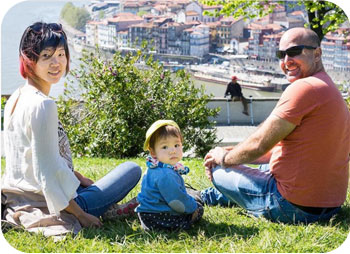 [That’s funny because I regularly earn six figures and also pay six figures in income taxes. I do what I can to decrease my tax burden as much as possible, but there’s only so much a wage earner can do. I mean, besides to stop earning wages — that’s coming eventually.

Do you still get to call it vacation when it’s a way of life? The idea of a vacation that never ends is both exciting and frightening. I usually crave a little downtime after a vacation. Perhaps we need to redefine how we think about vacation, just like retirement needs a better definition.]

What inspired you to start a blog of your own? Was there a particular event you remember that made you feel your blog had arrived? Any big plans for your blog in the future?

When I kissed the working world good-bye, hundreds of my co-workers wanted some 1:1 time to see if early retirement was real (they all secretly or not so secretly thought I was going to a competitor.) Each person had a ton of questions, much of the same vein. So I started answering them in blog form.

I guess our story and ideas resonated with a lot of people – we’ve now been in People Magazine, ABC World News Tonight, and were on the front page of Forbes.com and Yahoo.com on the same day. That’s all pretty minor stuff – it wasn’t until I was asked to do a Christopher Guest Post when I realized the arrival is now. [PoF: Bold and italics added by me.]

I only work on the blog about 4 Hours / Week (4HWW) so it’s hard to have big plans… but I do have a ton of great posts in the queue.

[PoF: Four hours a week? Dang! I’m not sure I could find a way to whittle it down to four hours a day. I suppose I could, theoretically, but I’m not ready to do that just yet.

I’m not sure which article it was, but I’m sure I found you through one of those mass media mentions you highlighted. What’s it like to be a media darling? Does the paparazzi just stalk you from one exotic location to the next?]

Give me eleven posts you think Physician on FIRE readers might want to read.

There are a couple hundred more where that came from…

[PoF: You should change #2 to Renterz 4 Life. More street cred with that lingo.

I see some fatFIRE language in there. I like to see FIRE bloggers challenge the perceived stereotype that we’re a bunch of no-spending, no-fun people who worry about running out of money.

Like you did (as described in I Don’t Want to Live Like I’m Poor Forever), I’ve worked a few years beyond our baseline FI point and should have enough to increase our spending by 50% to 100% if so desired.

At what age are you most likely to retire (or at what age did you retire) from full-time work? What are you doing to help realize your retirement target?

We continue to do the important things that made early retirement possible – live beneath our means and allow our money to work for us rather than against us.

One could argue my wife beat us all by a long shot since we’ve pretty much been a one-income household from day one, but she works way too hard to keep me and the boys in line and our household running smoothly, so I would never make that argument.

I love it when my money works harder than I do. This doesn’t look to be one of those years, but there have been several years where my investment portfolio has earned more than I have.]

What does an ideal retirement look like for you? What will you do with your time when full-time work is in your rearview mirror?

Our ideal retirement involves about 3-6 months of travel, 3 months of relaxing & recharging, and 3 months of creativity.

It is pretty time consuming. I don’t know how I ever had time for a job.

[PoF: I’ve thought about you guys as non-stop travelers, but I guess I was on to something when I thought that sounded exhausting.

I look forward to a similar schedule starting next fall. I think we’ll start with the relaxing part, but we’ll probably do it as a part of some slow travel.]

I’ll give you eleven sentences to dish out advice to a young physician. Any and all advice is welcome. We talk about personal finance, so money is fair game, but if you have advice on being a better doctor, a better parent / spouse / friend / human, we’re all ears.

The only person you can change is yourself.

Wait to have kids until you can spend more time with them than with your co-workers.

You can buy stuff, experiences, or freedom. Choosing the latter is the only path to having all 3.

Don’t write 11 sentences when 10 will suffice.

You’ve got eleven days to visit anyplace in the world with an $11,000 budget. Where do you go and what do you do?

I would rent a small palace on the beach in Thailand, eat shrimp the size of my head, and enjoy some refreshing adult beverages. Some scuba diving would be in order.

[PoF: You’re taking some liberties here, and I like it. I didn’t specify that you had to come home after eleven days, after all.

It’s incredible how much further your dollar can stretch in different parts of the world. $1,000 might get you through a few good days in Iceland or a few good weeks in southeast Asia.]

Name eleven beverages you enjoy. You can be as general or specific as you like.

[PoF: Cheers! I like my water with bubbles, barley and hops, but that’s just me. I see it snuck in there at #8 on your list. I’ve enjoyed many a hefeweizen, but never at the source in Germany.]

Oops, I went a little overboard…. it might be more accurate to say we eat our way around the world rather than we travel.

[PoF: It would make sense that a guy who named his FIRE blog after a favorite food would be into food. You really kicked it up a notch here, as the chef on TV would say.

And it seems you kinda listed Mac & Cheese twice — Cacio Pepe is apparently a peppered, pretentious version served in Italy. Looks better than Kraft, though, I’m not going to lie.

How did you first learn about PhysicianonFIRE.com? What one piece of advice do you have for me?

[PoF: I won’t forget. I promise! Here’s a link to register to vote if you haven’t registered yet.

Thank you so much for taking the time to share a little bit of your story with us. Happy All Saints Day, which may or may not be celebrated, depending on where you’re at these days. Did you get to dress up for Halloween? Did you dress up anyways?

Before you go vote, be sure to check out Go Curry Cracker, including the posts above including recent articles like Roth Hypocrisy and 5 Years of Income Tax-Free Living.]

Interested in hearing how other top personal finance bloggers have answered these questions? Check out a few of these Christopher Guest Posts: