I’m always intrigued by those who earn millions of dollars per year or even per month. Some manage to blow all that money and then some. Others, like a select few NFL players, choose to spend wisely and save prodigiously.

Today’s Saturday Selection highlights the habits of one athlete who was among the highest paid NBA stars for many years. The headlines sadly feature athletes with similar income who don’t have a penny to their name. Shaquille O’Neal will not be featured in a story like that.

Shaq is a success story. And apparently, he now holds a doctorate. So that’s Dr. Shaq to me and you. This story originally appeared on The White Coat Investor.

Achieving financial independence is remarkably simple: make a lot of money, don’t spend a lot of money, and make the difference between what you make and what you spend work as hard as you do. Believe it or not, a great example of this method is basketball great Shaquille O’Neal. 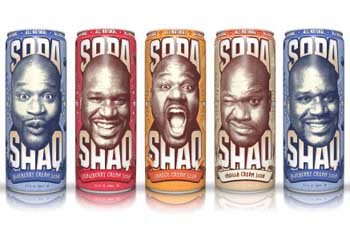 You Can’t Spend it All

Shaq, like many incredible basketball talents, left college early to start playing in the NBA. Although well-known as a terrible free-throw shooter, he was a prolific scorer and won many awards, including Rookie of the Year, league MVP, and 15 invitations to the NBA All-Star Game, in addition to four championships.

However, if you listened to him on TV after a game, you wouldn’t be surprised to learn that he spent a million dollars within 30 minutes of joining the league. This led to a call from his banker, chastising him and warning him he would end up broke like so many other NBA athletes if he kept it up.

Learn About Finance or Be Broke

Shaq apparently took the advice to heart and decided to learn about business and finance. He went back to school, finished his bachelor’s, and then completed an MBA. In 2012, he finished a doctorate degree. That’s right: he is now Dr. Shaq.

More important, he applied those lessons and turned his high income into a high net worth by purchasing hundreds of businesses, including 172 restaurants, 150 car washes, 40 fitness centers, a shopping mall, a theater, and some nightclubs. I suspect he now earns far more money than he ever did as an NBA star.

Physicians have a lot in common with successful artists and athletes. All three groups enjoy a high income due to unique talents and skills rather than any significant business acumen. All three groups are also well-known to end up broke despite earning millions of dollars over their careers. This is not a coincidence.

Continuing medical education (CME) is a mandatory part of being a physician. There is another type of continuing education you should be doing: continuing financial education (CFE). This is far easier and requires much less time than CME. It can be as simple as forcing yourself to read a financial book once a year, following a financial blog, or meeting frequently with a good advisor who educates you.

The vast majority of physicians find personal finance, investing, and taxes incredibly boring and painfully dry. However, if you recall, so was organic chemistry, but you forced yourself to learn that because you had to. You also have to do CFE, or else it may cost you hundreds of thousands, or even millions, of dollars over your career.

Most physicians would love nothing more than to be able to pay a fair price for good advice and have their financial expert take care of all of these financial chores. As I have previously discussed in this column, it is perfectly fine to use a financial advisor, but that does not exempt you from doing CFE.

First, it requires a certain amount of financial education to pick a qualified financial planner and/or asset manager among the many salespeople out there masquerading as advisors. It also requires some knowledge to identify a fair price for those services. Second, and more important, your advisor cannot do the most important financial tasks ahead of you, like spending much less than you earn, without your help.

Convert Your High-Income Into Income-Producing Assets

Dr. Shaq might have blown his first million in a half hour. But after he wised up, he became quite good at converting his high income into income-producing assets. Physicians who wish to become financially independent someday must do the same.

That means you cannot spend it all; you must carve out a significant portion of your income and dedicate it toward building wealth by paying off debt, funding retirement accounts, and purchasing income-producing assets like stocks, bonds, small businesses, and real estate. If you aren’t sure how much you should be saving, start with 20 percent of your gross income. [PoF: Or better yet, live on half your household takehome pay]

The best part about investing (at least successfully investing) is that the original $20,000 is still there. If you change your mind, you can always blow it on a boat later after it produces some income for a few years. Successful personal finance is a lot like weight loss. It is the cumulative effect of thousands of tiny decisions. It is simple but not easy. Just as weight loss follows the first law of thermodynamics, continually spending much less than you earn eventually leads to wealth and, more important, financial freedom.

Frugality is the cornerstone of personal finance. The great thing about frugality, at least when applied both to Shaq and the typical doctor, is that it is all about relative frugality, not absolute frugality. Doctors don’t have to wear secondhand clothes or clip coupons in order to spend much less than they earn. Following a simple, reasonable budget will do.

I often receive inquiries from residents wondering who they can borrow money from to meet their living expenses. I try to gently remind them that their resident salary alone is the equivalent of the average American household income. Half of the people in our country live on less than a resident salary; there is no reason they should not be able to do so for a few years, even in a high-cost-of-living area.

However, they can’t expect to put their four kids into private school, own three cars, have two smartphones with expensive data plans, and still live within their means. You can live like you are rich or you can be rich, but very few will ever be able to do both.

You might not be able to learn much about shooting free throws from the example of Shaquille O’Neal, but you can certainly learn a lot about properly managing your finances. Educate yourself about personal finance, investing, business, and taxes by regularly doing CFE. Convert your high income into wealth by carving out a portion and dedicating it to wealth-building pursuits.

Minimizing financial worries will enable you to better care for your patients, your family, and yourself. As Dr. Shaq says, “It’s not about how much money you make. The question is, ‘Are you educated enough to keep it?’”

Why do you think doctors make the same mistakes as professional athletes, entertainers, and artists? Why are doctors, on average, so terrible at converting their high income into wealth? Comment below!

10 thoughts on “Money Lessons from the Amazing Dr. Shaq”