Our Saturday Selection from Passive Income MD presents a choice: Is it better to focus more on reducing your spending or increasing your income?

In some ways, I believe the answer to this question is similar to the answer to another often-asked personal finance question: Pay off Debt or Invest?

In both cases, the correct answer is Yes. Too often, people create a false dichotomy and assume the options are more or less mutually exclusive. The fact is, most high-income professionals could invest while paying off debt, and spend less while earning more.

Which should be the focus depends on your starting point. Which is causing you the most grief? Spending too much? Earning too little? Deep in debt or lacking any investments?

Nevertheless, it’s great to have a framework to help you think through these questions, and the following provides that quite well. This post originally appeared at Passive Income MD.

Should You Try to Spend Less or Earn More?

The idea of financial freedom is something everyone dreams of. Many of us are at different stages of that journey, but on some level, it’s something we all work toward.

In a previous post, I mentioned that I’m financially free from medicine, and I’m happy to say that still holds true, even a couple months later.

Along this journey, a question I’ve often heard posed is this: when trying to achieve financial freedom, or even just save some extra money, is it better to earn more or spend less? Well, of course, there are two schools of thought.

This school of thought seems to appeal to some physicians however physicians are mostly notorious for keeping up with the Joneses. Perhaps there’s an expectation of what we feel we deserve after years of sacrifice. Whatever the reason, the result is that many physicians end up living paycheck to paycheck.

Some physicians, however, are bucking that trend and living simply – even taking on yearly budgets of $62,000. Now, I’ll be honest. I live in a high cost of living area and the idea of spending $62,000 a year doesn’t seem realistic. We spend closer to $200,000. But those for whom this method works find that it works well. Most of the time.

As with anything, there are pros and cons to simply spending less. 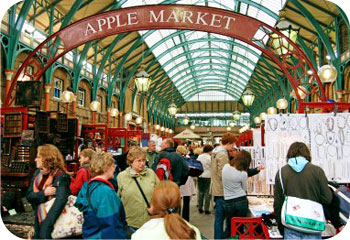 On the other side of the coin, we have the option of earning more. Why focus on skimping on that $4 coffee? Instead, figure out a way to make double that expense in the same amount of time.

This is an abundance rather than scarcity approach to one’s lifestyle. Budgeting is important, yes, but is life about denying yourself constantly? And does that lead to happiness and contentment?

Ultimately, the goal of both camps seems to be the same. At the end of the day, you want more money to spend on the things you love and to be able to work as much – or as little – as you want.

There are many websites that are dedicated solely to ways one can scrimp and save, coupon, and substitute. I see these and I realize I certainly could be saving more. But my goal is to be at a place where I don’t have to worry about that.

It doesn’t mean I’m foolish with my spending, but I don’t like the idea of debating whether I should get a coffee in the morning or not. I like coming from a place of abundance.

To be completely honest, I like to splurge on some things and skimp on others. ESI Money calls this “selective frugality,” and it’s definitely what works for me.

I enjoy my morning Starbucks. I like taking my kids to Disneyland. But I don’t want to work more at my day job to get more of these things. Instead, I’ve focused on creating passive income streams to support this lifestyle. It’s taken work to get to this point, but this was my goal all along. Now, I can have these things irrespective of whether I’m working my day job or not.

So for those who are thinking that you can just save your way to financial freedom, think again. You’re still trading your time for money. For those who strive to earn more, be careful how you go at it. Make sure you’re not continuing to just trade more time for money. You honestly may not end up in a better place than where you’re at.

Like most things in life, there has to be a balance. However, if I have to devote my energy to something though, it’s to earning more smartly and increasing what I essentially get paid per hour of work. That takes the focus off of making more (more time traded for more money) or saving more (not living how I’d like).

I see money as a means to an end, and that end is the ability to use my time how I want. Passive income provides the lifestyle I want without sacrificing time.

Would you like to read more from Passive Income MD? Subscribe for free and you won’t miss a post. Enter your email in the box below!

Have you found a balance? If so, has passive income enabled you to reach it?

11 thoughts on “Should You Try to Spend Less or Earn More?”