I recently went underwent a diagnostic study, courtesy of the radiologist with XRAYVSN. He played a role more consistent with that of a psychiatrist, asking all sorts of questions.

WCI Network partner Passive Income MD takes a look at the last year and sets his sights on 2019. A Quick Recap of 2018, Goals for 2019 and How I’ll Accomplish Them.

A highly anticipated FIRE documentary was completed in 2018 and will be released soon in 2019. Filmmaker Scott Rieckens of Playing with FIRE shared a guest post on the experience with J.D. Roth of Get Rich Slowly. Five lessons I learned while making a documentary film about FIRE.

Scott collected a lot of wisdom while making that movie. Zach from Four Pillar Freedom has been Collecting Wisdom. He shares some in Life is About Finding Fulfilling Work, Not Saving Up Enough Money to Never Work Again.

More wisdom from Daniel Kahneman, as shared by Quartz. A Nobel Prize-Winning Psychologist Says Most People Don’t Really Want to be Happy. What do we want?

The Wealthy Doc drops some wisdom when his children ask a simple question. Dad, Are We Rich?

The White Coat Investor is a wealthy doc, too. He can afford to retire early and he shares his best tips. How to Retire Early as a Doctor.

Many of the Next Millionaires Next Door are small business owners who can benefit from that 20% deduction. After compiling 100 Millionaire Interviews, ESI Money recently shared some Millionaire Stories: How 7 Everyday People Became Wealthy and What We Can Learn from Them.

Millionaires need to think about estate planning. Sam, the San Franciscan Financial Samurai, has. Three Things I Learned From My Estate Planning Lawyer [That] Everyone Should Do.

I’ll add a Fourth Thing. Complete a legacy binder to help your loved ones understand not only where your money is, but how to log into those accounts, as well as email, social media, and other accounts, and so much more.

Chelsea Brennan’s put together an outstanding 170-page In Case of Emergency Binder for us, and she’s further discounted the low $29 price tag to kick off the New Year. The 20% discount code NEWYEAR19 expires tomorrow night!

Last week, I wrote up a list of Ten Financial New Year’s Resolutions to Make (and Keep) in 2019. If you do just one of these things, you’ll be better off in 2019.

Mr. Crazy Kicks, an engineer who retired from a career in designing computerized helicopter controls at 34, stopped by to be the latest victim in my Q&A series. Christopher Guest Post: Mr. Crazy Kicks.

Yesterday’s Saturday Selection was an instructive one from The White Coat Investor. Calculate Your Debt Slave Ratio. Mine is zero, I’m happy to report.

His name is Tyler Blevins, but the people who already knew of him, which apparently number in the millions, know him as Ninja. The ESPN article detailed what his life and income looks like, and I was reminded again when his name showed up on Money Magazine in Fortnite Superstar Tyler ‘Ninja’ Blevins Says He Made Nearly $10 Million Last Year. Here’s How.

This was in the “Everyday Money” section, by the way.

On one hand, I do think it’s insane that a popular gamer can make as much or more in a year than most physicians will in a career. On the other hand, he’s a good example of someone who found a potentially lucrative market and figured out how to make the most of it. That’s entrepreneurship.

As a sports fan, I’m not personally excited about what ESPN is doing. This is at least the second major feature of esports that I recall in their magazine. I feel like they’re trying to create a bigger market for esports to create an additional revenue stream. NASCAR didn’t pan out, so they’re pushing something else.

But it may just be an example of skating to where the puck is going. @Ninja has 3.78 Million Twitter followers compared to my 13.1 Thousand. He’s got me by a factor of 288, not that anyone’s keeping score.

It’s hard to feel bad for a guy who exceeds my annual salary in a month at an age where I was working my tail off as a resident for a modest income. Yet, in some ways I almost do. From the ESPN article:

Blevins compares himself to the owner of a small business, and the only product is Ninja. He weighs every decision to leave his computer — to travel to a celebrity-heavy event like the Pro-Am in Los Angeles or even to visit family — against the financial repercussions. “When we decide whether I’m going to an event, the pay has to be there,” he says. “If it’s not paid, how much clout are you going to get? Are you going to be networking? Is that networking worth $70,000?” At the same time, there’s the constant threat of fading popularity. “The more breaks [streamers] take,” he says, “the less they stream, the less they’re relevant.”

It’s among the most first world of all first world problems, but he does constantly have to weigh the opportunity cost of just taking it easy versus the income he can generate each minute he spends at the computer.

From the Money article:

“The longest vacation I’ve ever taken was my honeymoon, and that was like six days,” he told the New York Times last month. “And that was devastating. It was a calculated risk.”

Apparently, that’s the only vacation he’s had in nine years.

I can’t relate to the magnitude of the income he has the ability to generate, but I can relate to having to make that choice of whether or not to make money on a regular basis.

First, I made the decision to work less at my primary job as an anesthesiologist.

Now I have a second income source (you’re looking at it!) and the revenue is very much effort-based. The higher the quality and the more frequent the posting, the more pageviews I get and the more dollars are generated.

How many dollars does this site generate? Subscribe to my e-mail list and I’ll tell you this week, but I don’t publish the numbers on the site.

It’s money I don’t need at this point and I donate much of my profits, but that only makes me feel more guilty when I think I might want to slow down at some point and do less.

Back to Ninja — I’ll be curious to see what happens with this guy. When asked what it would take for him to be comfortable, he answered “$80,000 to $90,000 a year.” Based on that, he’s easily financially independent from this year’s after-tax income alone. But why quit now while the getting is good?

I’m not about to. 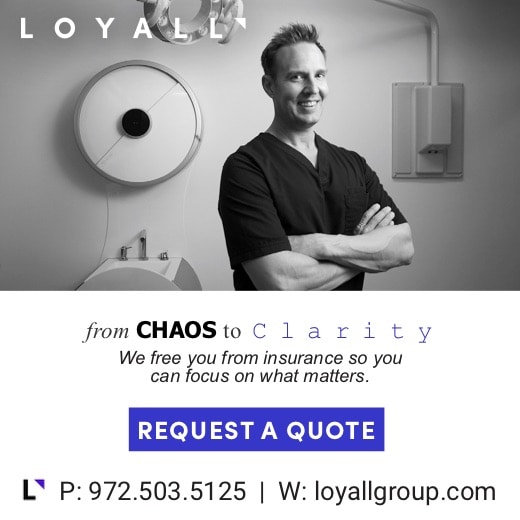 You want an insurance agent that knows how to navigate the complex world of insurance all while keeping your unique needs in mind. With 20 years of experience, Loyall Group, is a niche insurance firm that works exclusively with physicians.

We take worry and confusion out of the equation by researching the best option for you as we represent all of the top disability and life insurance companies in the industry. We make the process of applying seamless with our paperless electronic applications. To get started, email [email protected], or call 972.503.5125. From chaos to clarity on all matters related to insurance, we free you from insurance so you can focus on what matters.