Boy, things escalated quickly. I mean, that really got out of hand, fast!

Last year, I made a New Year’s resolution. Just one — to start the blog I had tossed around in my noggin for awhile. I had written down some ideas, I had the name picked out, and I had some ideas for at least a couple dozen posts.

January 9th, 2016, I hit “Publish” for the first time. It felt good. Like that first sip of Hopslam. My plan to post 3 or 4 times a month was tossed aside as I found myself eager to drop more words on a page and publish again and again. I pumped out 13 posts in the first 22 days. My pages were viewed nearly 2,200 times that month. I was hooked. More Hopslam, please.

In February, I published another 11 posts and traffic was up nearly three-fold. In March, I had my first guest post published, courtesy of Joe Udo @ Retire by 40. More people read my ramblings, and I saw nearly 15,000 pageviews that month. By May, there were 30,000 after a boost from a guest post with The White Coat Investor. I couldn’t get enough. So thirsty. 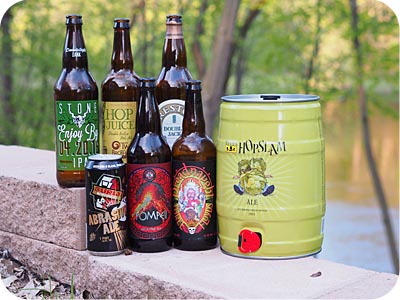 By summertime, I had settled on a look, or “Theme”  for the site, and a regular Tuesday, Thursday, Sunday posting schedule to avoid overlap with several of my favorite bloggers. The Sunday Best series that I had started proved popular. I felt embraced by the personal finance blogging community.

With some great momentum and wonderful testimonials from readers, I felt confident that I could add Sponsors to advance the site’s charitable mission. A number of sponsors (see right sidebar) agreed, and I have been able to donate thousands of dollars to charity as a result.

In the first full year, the pages on this site have been viewed more than 425,000 times by over 100,000 visitors, with nearly half of those views coming in the last 90 days. For lots more stats, check out the newly updated Blogger’s Corner. I’m excited by the momentum, and completely grateful for all of you who have been reading, subscribing, and sharing my words with your friends. 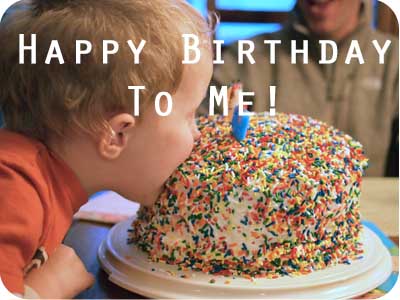 In addition to thanking everyone who is reading or has read this site, I’d like to extend my gratitude a few more people who have been instrumental in its success:

Alright, alright, I don’t intend for this to read like an acceptance speech, but I want to let you all know this site would be pointless without you.

What is the point?

Good question. I’ve shared some goals and purpose on the About Me page, but it’s time I create a mission statement for the site. Here it is:

Physician on FIRE is a personal finance website created to inform and inspire both physicians and our patients with insightful writing from a physician who has attained financial independence and the ability to retire early. The site has a triple aim to leave visitors enlightened, educated, and entertained.

That sums up what I’m trying to do in one tidy, two-sentence package. I write with physicians in mind, but the messages can have a broader appeal. Including our patients in the mission means I’ve covered pretty much everybody, even infants who can’t invest in a 401(k), let alone read, and will not benefit from this site whatsoever. Well, not yet.

I talk a lot about money on this site, and yes, this site makes money. I had some misgivings about monetizing the site initially, but when I realized the opportunity was there, I couldn’t leave money on the table. A pledge I’ve made to donate half the profits goes a long way to offset any inclination that I might have had to keep the site ad-free.

I’ve donated over a hundred thousand dollars that I hope to recoup over time with site revenue. If that happens, fantastic! If not, I likely would have donated that money, regardless. Either way, I’ll be happy.

What to Expect in Year Two 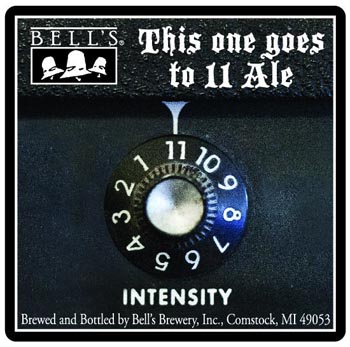 I’ll keep doing what I’ve been doing. I’ve got many ideas for new posts in the drafts folder, and a growing backlog of reader submitted ideas and case studies I’d like to dive into.

High quality guest posts will be shared on select Thursdays, and I’ll continue to Christopher Guest post series, which has been a lot of fun and attracted some writers with sites much bigger than this one.

I plan to continue with three posts a week, including the Sunday Best roundups. I’ve been happy to share the love to some excellent bloggers out there via the weekend update, and have also enjoyed sharing some personal stuff that doesn’t deserve its own post, but helps you get to know me better.

By summertime, I expect to finalize a decision on when I expect to leave my full time job, and I’d like to give my group about a year’s notice to find a suitable replacement. Obviously, I will be sharing my rationale and final decision with you all here on this site.

Oh, and I expect more Hopslam.*

Click around all you like; you won’t find my name on this site. Well, I did sneak my first name into a picture not long ago, but I haven’t attached my full name to the site for several reasons.

First, I’m still working, and I haven’t made up my mind as to exactly when I’ll be moving on. I would prefer to keep the early retirement idea under wraps at least until I’ve come to a decision and have shared that decision with my colleagues. I wouldn’t want to be perceived by anyone as having one foot out the door, and I intend to remain fully engaged until I finish out my time with my current employer. 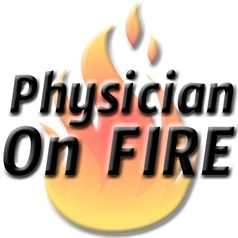 Second, it’s kinda cool to play a real-life Clark Kent or Bruce Wayne. It’s almost exactly the same except I’m not super-rich, powerful, or all that handsome. Actually, you’ve never seen me, so scratch that last part. I am all that handsome. And I save lives! So… it’s a pretty tight analogy. It is fun to hold this little secret, even if there’s a decent chance no one I work with has read my writing yet.

Finally, I prefer to keep some separation between my online persona as the Physician on FIRE and the everyday me. They are essentially one and the same, and I don’t type anything I don’t believe or share stories that aren’t entirely true, but I like to think of PoF as a character I play on the internet. It’s a character based on me and it is me, but I’m not sure how I feel about blurring the lines between the two. The distinction is pretty black and white right now, and I like it that way. I’m not ready to introduce shades of grey.

Of course, some of you do know me — the sponsors I work with, the bloggers I’ve met in real life (Mr & Mrs. 1500, Jim Collins, Dr. Nii Darko of DocsOTB, Financial Panther, Apathy Ends), and the handful of readers that caught a gaffe I made exposing my identity. My boys have made a few cameo appearances in pictures, and I’m obviously not going to great lengths to conceal my identity. It’s all good, and I imagine I’ll drop the veil eventually, but I’m not ready yet.

Maybe when I retire.

*Bell’s Brewery, the brewer of Hopslam, This One Goes to 11 Ale, and dozens of other amazing beers does not sponsor this site or compensate me in any way, but they probably should.

66 thoughts on “One Year of Physician on FIRE. Happy Blogiversary to Me!”